A Team Building Activity at the Putao Master Creative Farm

The cuteness of life lies in spending a beautiful time with a group of cute people. On the morning of the 17th, Nan Yao's friends gathered at the Putao Master Creative Farm to start a day of team-building activities.

Early in the morning, the sun was just right, and a drop of clear dew not far away, shining brightly, slipped gently from the grape leaves, the white and black sheep were slowly eating the grass, and a flexible gray-haired puppy ran across the grass. , Three or two kittens hide under the flowers and play. The kindergarten children nearby suddenly broke the leisure and quietness of the farm. With the music beating, the scene instantly became jubilant and lively.

In the midst of the excitement, we also began to gather. First, we conducted warm-up and ice-breaking activities with slogans. Everyone gathered in a circle, put their right hand on the left shoulder of the person in front, and clapped their hands and shouted slogans. After shouting the slogan, everyone obviously relaxed a lot.

Then began the exciting activity of stepping on the balloon. Everyone is divided into two teams. The rule of activity is that each person has at least two balloons on their feet, and the team with the most balloons will win. Under the leadership of the captain, the two team members discussed combat strategies. After a whistle sounded, a balloon stepping without gunpowder smoke instantly went into a "white-hot" state, with "explosions" and "screams" one after another.

At that time, it is unclear whether the enemy is the friend or the friend who ran indiscriminately, some used the "premature power" to protect their teammates, and some did not stop stepping on the enemy's balloon. The scene was shocking and joyous!

The second round is the water polo battle. The team that won in the previous round first occupied the strategic high ground. The teams in the lowlands did not show any weakness, and under the blessing of President Xue, there were even signs of suppressing the teams occupying the highlands. Finally, in the splash, the two teams were evenly matched and tied.

After a short break, the next more thrilling project-walking the net red bridge is about to begin. The net celebrity bridge swaying and wavy on the water without handrails does not seem to be safe at all. Coupled with the strong wind that blows from time to time, it makes people feel that the bridge may "turn over" at any time. A female colleague wearing sandals stepped onto the bridge bravely, and then one male colleague after another, unwilling to lag behind, all made bold attempts. With everyone's encouragement, a male colleague and three female colleagues also walked onto the bridge. The wind blows, the water waves under your feet, and the bridge swayed from side to side as if you would lose your weight when you lift your foot and you would turn over and go into the water. Challenged me.

Unknowingly, it was noon, everyone took a break, had some lunch, and started the last and most anticipated barbecue. As soon as the barbecue grill was set up, everyone was ready to move. The charcoal fire is hot, thin smoke fills, and the barbecue begins. The scent of barbecue comes one after another, which proves the skillful skills of these barbecue "little experts".

On this day, eat and drink enough and have fun outside of scoring. The beautiful day ended in a group photo. The blue sky and green grass print the most beautiful appearance of everyone.

The time to play, although short, is precious. After this team building, everyone was relaxed outside of work, and they became more familiar and intimate. I believe everyone will redouble their efforts after returning to work and be more united and cooperative at work. 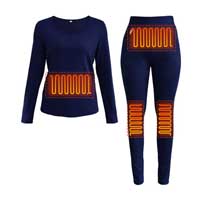 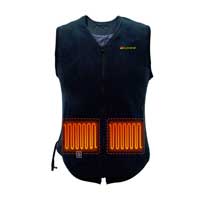 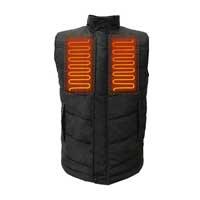